In my role at Google, I met a ton of people interested in what we are working at, what’s happening, how to get involved and learn more etc. Therefore, with this as the first post, I’ll be blogging about things that happened last week at Google.

Overall it will be about the work and things I get involved in in the Nordics, but probably mentions of other global things happening as well. I’ll be sharing videos from interesting talks, links and more that I hope will be useful for you!

The fun thing is, just as I was putting this together and named it, I found out about an internal e-mail newsletter by my colleague Helen who had just created it and calling it Last Week at Google as well. As an homage to that, and great minds think alike, I’ll stick to my name for this blogging series as well. 🙂

I also had my team colleague Andres-Leonardo Martinez-Ortiz visiting from Spain to see what the Swedish developer scene is like and how I work with developers here, and I was happy to share a full week of events!

Early March I set up a new meetup, Google Tech Talk Meetup, hosted at Google where I want to share interesting technologies, projects and perspectives. Not just about Google products and initiatives, but rather to talk about technology as a whole, discuss what we all can do and share ideas and visions.

I also believe meetups are great, and a fantastic way to show how much Google cares about the amazing developers and startups in the region.

Monday last week we had a mindblowing meetup with Internet legend Patrik Fältström – who was recently listed in an article as one of the persons who took Internet to Sweden. Previously, Fältström was a distinguished engineer at Cisco, technical specialist at Tele2, systems manager at the Royal Institute of Technology, researcher at Bunyip Information Systems in Montréal and a programmer in the Royal Swedish Navy. He has been working with UNIX since 1985, DNS since 1987, and been involved in Internet-related standardization since 1989 — both in Sweden and worldwide.

In his presentation, he talked about time, why it matters, why it’s hard and also about what Netnod does and hence what you can then do to sleep better at night.

I’ve also created a playlist for all Google Tech Talk Meetup presentations and will keep adding new talks to it on a regular basis, so stay tuned!

Google Sweden has put together a series of sessions with and for influencers, called Google Sessions and taking place in Stockholm at Epicenter. Last week we had David Rowan, Editor in Chief for WIRED Magazine and Rohan Silva, entrepreneur and former advisor to David Cameron. 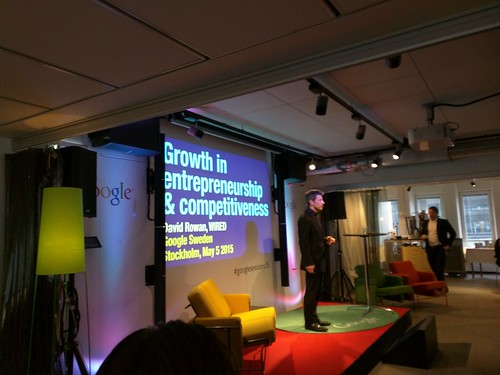 In collaboration with the Stockholm Android meetup group we ran an Android TV event at Google Stockholm where I and Erik Hellman, an Android Expert, spoke about Android TV.

Great fun investigating a new platform and some live demos demoing speech recognition, which is always fun and with some unexpected results. 🙂

My slides with some good links and information are available on SlideShare:

On Thursday Google’s Business department in Sweden ran an event about monetization and success on both the Google Play Store and with services as a whole. Really interesting, lots of successful Nordic companies present and I got the chance to present about what Developer Relations is and what we work with:

On Friday an interview with me about career advice got published in Computer Sweden, and I quite liked discussing what I believe is the mindset and approach needed (article in Swedish). 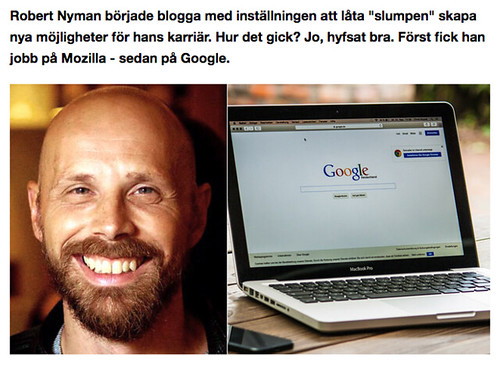 Ending the week, on Saturday I ran something that I had looked forward to for quite some time: a full-day hackathon on Android TV. Erik Hellman and I spoke again for about an hour around the platform, and then together with Johan Nilsson, another Android Expert, we spent the entire day supporting the developers. 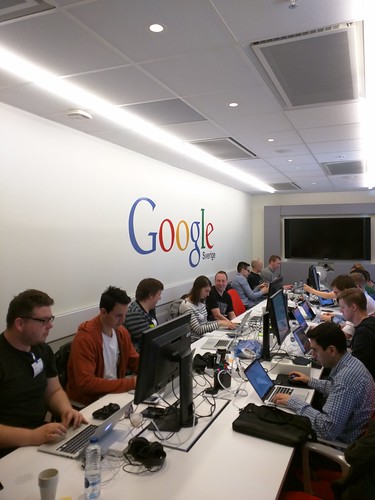 It was an invite-only event for top partners and developers, and targeted at media services. The day ended with great demos, great fun and honestly – though I’m biased – one of the nicest and best atmosphere hackathons I’ve been at. 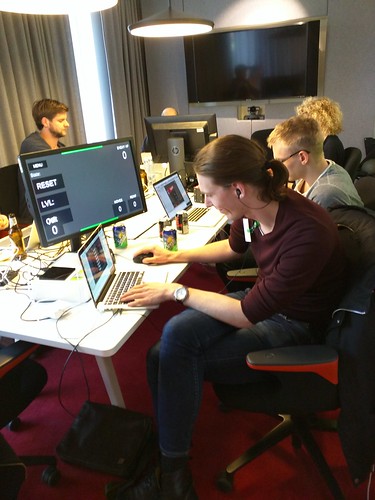 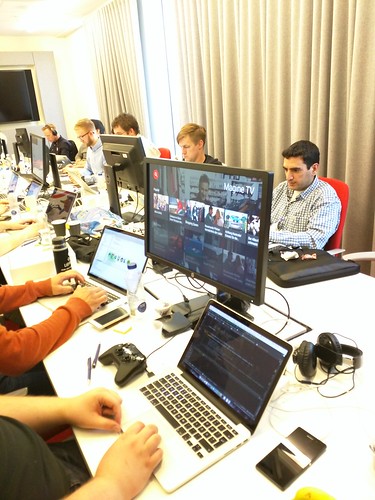 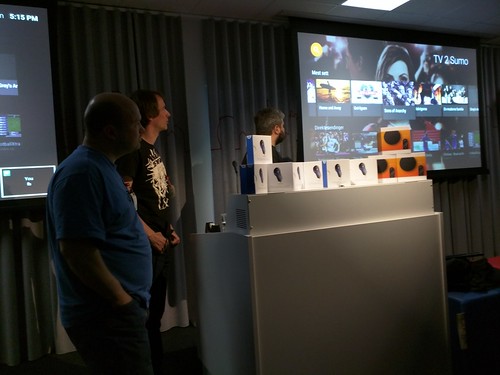 Thanks for reading, hope this was interesting!